As promised, projects and small activities on dinosaurs are coming from Midnight Star Science Lessons! 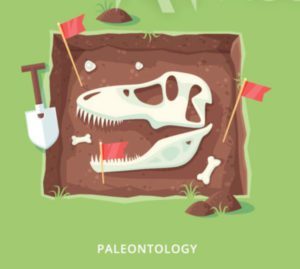 Most people view dinosaurs as a subject loved by little children.  Although they are a natural fascination of youngsters, they are also are studied by adults.  Dinosaur paleontology is a field of study pursued by graduate students in geology. Which has produced several famous scientists including: Jack Horner, Martin Lockley, Henry Fairfield Osborn. As well as Stephen Jay Gould, Luis Alvarez and Barnum Brown.  What better way to engage student interest in geology than to provide an opportunity for students to study dinosaur paleontology in the classroom?  Before the semester’s end, Midnight Star will have a fabulous large project on the subject. This will be for high school students, junior high students, and even a significantly simplified project for elementary students.

Everyone has heard of Tyrannosaurus Rex and Triceratops, but who knows anything about Ouranosaurus or Struthiomimus?  Students will have the challenge of “digging out” a bed of bones, assembling the skeletons. After that identifying the dinosaurs at the “site” and then researching information about each individual found.  The number of, and variety of dinosaurs that have been discovered will likely be of great surprise to all who participate in this activity.

For your junior high and high school students, this will encourage them to really research dinosaurs. As young adults rather than as the simplistic view of young grade-school children.  Their eyes will be opened to the depth of knowledge that has been obtained about these enormous and fascinating creatures of Earth’s past.  In addition, discussions that lead to the demise of the dinosaurs are of great importance to the understanding of scientific inquiry.  As is the discussion of the connection between birds and dinosaurs.  Where will the discussion of dinosaurs lead in your classroom?  Wondering is an important learner characteristic that can be tapped into with the field of dinosaur paleontology.  Help your students to wonder!